You may not be familiar with Modern Process Equipment of Chicago, Ill., but the odds are, if you’re a dealer in the water treatment industry, you reap the benefits of their ingenuity on a daily basis; and if you’re drinking purified water of any kind, you’ve likely tasted their work…or, not tasted is more apropos.

Simply put, in the realm of taste and odor removal with carbon filtration, Modern Process Equipment is the key innovator for some of the biggest carbon manufacturers in producing ultra-fine granulated activated carbon.

“Ten years ago, I would have said that the particle size of GAC had reached its limit,” says MPE co-owner and President Daniel Ephraim. “But after a decade of pushing the envelope and grinding down smaller and smaller particles for complex water treatment needs, there’s no telling where the end point is.”

The majority of U.S. and international carbon producers who are granulizing their carbon are using MPE products to do so, Ephraim says. About 95 percent of MPE’s activities related to the water treatment industry deal directly with granulated activated carbon. The remaining five percent are salt granulators for a variety of treatment and conditioning systems.

MPE was founded more than 50 years ago. While it quickly made a name for itself with unique and innovative coffee grinding technologies, the company had little presence outside of that industry. In 1981, coffee industry alumnus Daniel Ephraim along with his brother, Philip, purchased the company and began to explore a host of peripheral industries where their grinding technology could be of use.

“With the technology in hand, MPE has become very successful at translating grinding systems for one industry into innovative solutions for another,” Daniel Ephraim says. “Today, businesses reach out to us with specific particle size needs and we deliver so that their products are more effective and more efficient.”

With applications in pharmaceuticals production, food processing, chemical and mineral grinding and other processing industries, MPE has turned its once-niche market into a technology that serves to improve and enhance capabilities in more than 500 unique industries, Ephraim says.

Among those industries and applications are carbon grinding for a host of water treatment products that employ GAC. Many major carbon producers rely on MPE equipment for the granulation of their activated carbon, Ephraim says, “Many years ago, the pioneers in GAC came to us with questions about granulizing carbon and over the years we’ve worked together to really revolutionize this aspect of the industry.”

Among all the minerals, chemicals and products that MPE equipment granulizes, carbon is among the most difficult, Ephraim says, because in addition to coming from a variety of sources with varying consistencies, such as coconut shell and charcoal, companies are continuing to seek finer and finer particles for increased efficiency and effectiveness for the carbon. This is because the greater the surface area of the GAC (which increases exponentially as it is granulated) the greater the efficiency of that carbon.

To meet ever-growing demands for GAC, the company now incorporates laser measurement systems on their grinding equipment which detects the size of individual particles and adjusts the grinding functions as needed in real time. “We’re on the cutting edge in terms of carbon granulation technology for the water treatment industry,” Ephraim says.

In the coming years, Ephraim says that Modern Process Equipment will take a more active role in providing systems solutions for its carbon customers with the goal of expanding their presence in the water treatment industry. Because they provide a unique service to manufacturers, their customers often improvise the support systems for MPE equipment and granulated carbon. The company has expanded its product offerings for GAC with storage systems and automated delivery to and from their Gran-U-Lizer™ mills. When combined with their in-depth, personalized testing and production, which allows them to create customized granulation systems to spec for their customers, MPE will continue to be a driving force in the future of activated carbon water treatment, Ephraim says.

“In general, however, our measure of success in the future will be a lot like what it is now,” he says. “A great many of the water treatment products on the market today would simply not be possible with- out the specificity of particle size that Modern Process Equipment provides. 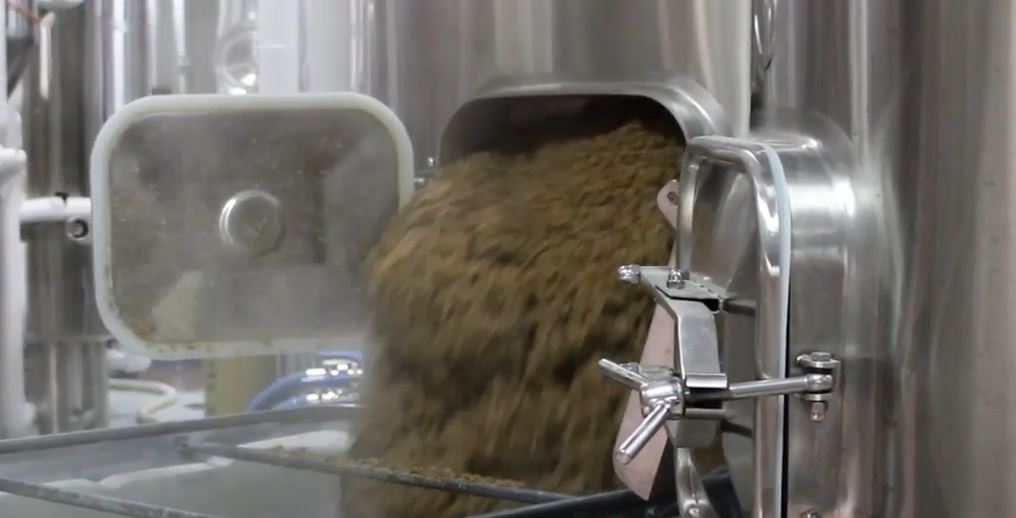 Let’s be honest, spent grain removal is often an afterthought when designing and starting up your brewhouse. The topic of gentle conveyance in the production of finished foods, and any application where degradation is a high-value loss for plant managers, is fraught with misinformation and unsubstantiated claims.